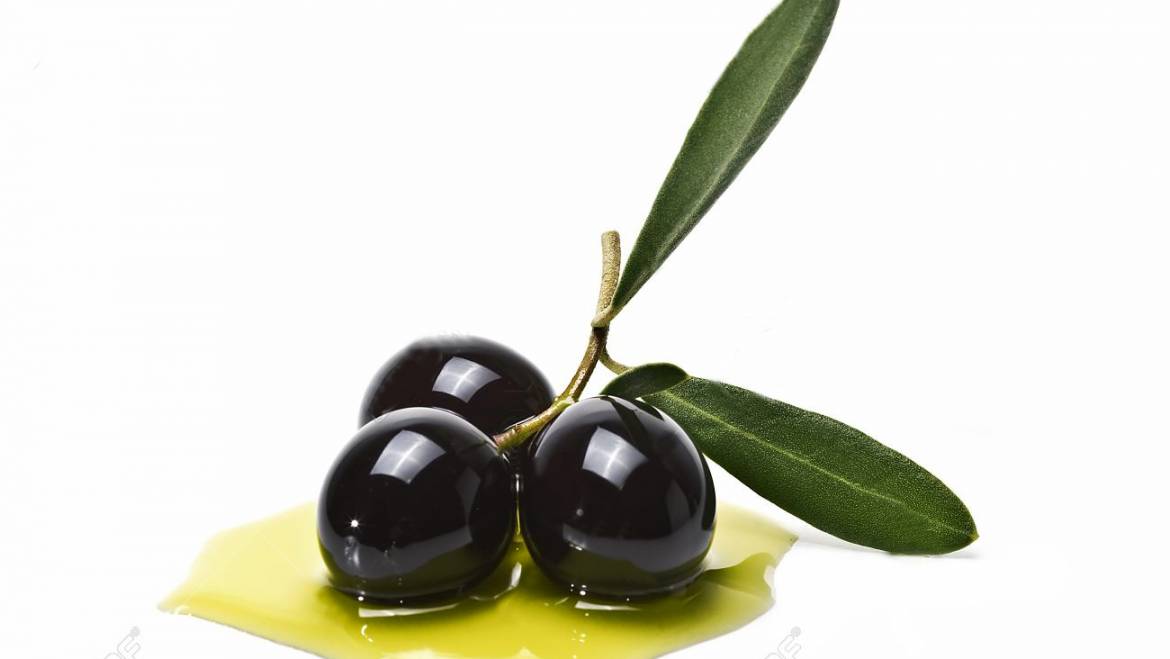 1. The only difference between green olives and black olives is ripeness.

2. The difference between extra virgin olive oil and regular or “pure” olive oil lies in the process used to extract the oil from the olives, which affects both the flavor and smoke point of the oil.

Extra virgin olive oil is unrefined, which means that it is made by cold pressing olives to extract the oil. No heat is used in this process, so the resulting oil retains a lot its olive-y flavors. Regular olive oil (sometimes marked “pure olive oil”) is a combination of extra virgin olive oil and refined olive oil, which has a more neutral flavor and a higher smoke point. They can be used interchangeably, but you’ll get more flavor with EVOO. On the other hand, you can heat pure olive oil to higher temperatures without burning it, making it a better choice for cooking.

Olive trees are alternate-bearing, meaning they produce an abundant crop one year (assuming ideal weather during spring flowering season) and then produce a crop of about half the size the following year.

6. Extra virgin olive oil made from Tuscan olives has the highest concentration of polyphenols.

Polyphenols are chemical compounds naturally found in plants, which contribute to olive oil health benefits. They’re also antioxidants with myriad health benefits, such as combating cell damage and fighting diseases like heart disease, high blood pressure, cholesterol and some cancers. Due to the high polyphenol level in Tuscan olives from Italy, their olive oils often taste peppery, pungent and grassier than Spanish or French olive oils.

7. Most olive oils have a low smoke point, meaning that they aren’t appropriate for sautéing meats and vegetables.

The exceptions to this rule are high-quality extra virgin olive oils like Jordan Winery’s, which are low in free fatty acids. According to a study at the UC Davis Olive Center, EVOO has a smoke point of around 400 degrees Fahrenheit, which is high enough for most cooking applications. In fact, the UC Davis study shows that, when used for cooking, EVOO resists degradation due to its high levels of antioxidant polyphenols.

8. Many of the most sought-after olive varieties require a pollinator tree to produce fruit.

Picholine of France, Leccino, of Italy and Ascolano of Spain must all be planted with pollinating olive trees, such as the Italian Pendolino or Frantoio.

9. When stored properly, cured olives can last for six months or longer.

Salting is one of the oldest methods of preserving food. It also makes olives taste great with salt-cured meats like charcuterie. Storing salt-cured olives in the refrigerator is typical for varieties purchased from the olive bar at gourmet grocery stores, but be sure to add some brine to your container before you leave the store if you want the olives to last several months. Unrefrigerated, olives can also last up to six months, provided they are completely submerged in their brine, in a covered container, and kept out of direct sunlight.

10. The more flavors an olive oil has, the higher it is in antioxidants.

According to the California Olive Oil Council, the bitter, pungent flavors in olive oil come from antioxidants and polyphenols.

This article was written by Lisa Mattson and first published on the Wine Country Table website.